The best way to retaliate 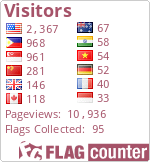 All content © NF. unless otherwise indicated. You can email me: naizla.fudge@gmail.com

I was thinking of something special for his birthday but I’m out of my consciousness nowadays and I just can’t do much because of lack of time, distance and of course financial needs.

We usually go out whenever we have a special occasion or things to celebrate about. But, I realized that, it’s not always like that. It’s okay with me because I know that we still have our whole different lives apart and we need to breathe away from each other every now and then. Maybe, I was just thinking to much on how to make him happy on his special day just like what he did on my Birthday.

Being in a long term relationship is sometimes really disappointing. I get to think what to give him every year for birthdays, anniversaries and Christmas days. It’s really exhausting to think especially when you lack money and time to make or buy them. I like surprises and that’s why I always want to surprise him.

I just thought of giving him some things that he can use everyday. And since we we’re not able to see each other that day, he said that he just wants to go home and spend time with his family, while I was expecting that he would somehow invite me to their house but he did not so I was sad and really devastated that day. I thought that I won’t able to give my gift. Even though my gifts are just simple things, not really expensive, I really want to give them to him on that special day, to somehow make him realized that I’m happy that he was given another year to enjoy life. So, I decided to contact his sisters and luckily they responded and helped me. (credit goes to his younger sister! =)) I waited all day, I was at work 7am until 4pm and I waited for 3 hrs. I was so tired, but I was smiling when I got home.

I know that he will not like my gifts but I thought that maybe it will somehow surprise him to see his gifts in his room. Good thing, I was not able to see his expressions of disappointments. At least, I did my job and even though he did not really liked them ( of course he said he liked them, but boo! I know the truth!) , I’m still happy that I did that. Maybe I was just expecting a bit more appreciation from him.

It’s one of those days where you just feel appreciated.

As I said in my entry about Why do I blog?, I don’t usually tell my friends that I blog things about my life and ideas. I did not make this to boast but to enjoy my interest in writing. Eversince I was young, this has always been one of my favorite things to do.. Writing. Most of my friends know this. For me, having a blog like this has always been my favorite past time. I do it for fun and sometimes this helps me to loosen up the negative energies that I feel whenever i´m stressed and feeling off the scene. I especially feel psyched whenever people can relate to me. I think that, it would be really amazing to look back 10 years or more from now and see the changes and decisions that i´ve made in my life through this online blog. I bet it would be comical and so amusing!!

This morning, when my friend Acza, told me that she saw my site and read my posts. It was really overwhelming to know that those persons who are close to you noticed and appreciated your work. As the great Voltaire said, “Appreciation is a wonderful thing, it makes what is excellent in others belong to us as well”. She has always been an achiever and sheś really smart, so it really made my day,hearing about her thoughts about me.